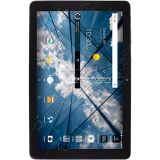 AT&T Primetime is an entertainment-centered tablet, which features a 10-inch display with a resolution of 1080 x 1920 pixels. On the big screen, users may enjoy games, TV shows, and movies via DIRECTV (subscription required). With TV Mode and the Quick Launch button, you get access to plenty of content with one swipe on the screen. For more immersive experience, the tablet is equipped with dual front-firing speakers...

LG X venture with a waterproof body, 5.2" FHD display and a 4100 mAh battery is exclusively on AT&T for the US

AT&T is the exclusive retails of the LG X venture in the US. From May 26th on, you can acquire this rugged smartphone with IP68 certification (dust-tight and waterproof), metal-frame and non-slip design (MIL-STD 810G tested) only from AT&T. The model features a 5.2-inch FHD display protected by a Corning Gorilla Glass. An integrated widgets enables DIRECTV streaming. There's are also several tools called "outdoor...

AT&T will explore a possible deal with Vodafone next year

Yesterday, Bloomberg reported that AT&T is preparing "for a potential takeover of Vodafone", according to people familiar with the matter. More specifically, the largest US telephone company is at the process of selecting which Vodafone assets to acquire and for creating a strategy for the European market after the potential acquisition as mobile broadband adoption on the Old Continent lagged the US one. This is a...