Xiaomi has made a teardown of the Mi 9 Pro 5G unveiling further specifics about the hardware of the model. For starter, you can clearly see the 30W custom wireless charging coil that covers the large-area heat-dissipating graphite of the motherboard. Second, the battery is exposed unveiling its model - BM4H. As already known, the Xiaomi Mi 9 Pro 5G packs a 4000 mAh battery that supports 45W fast wired charging, 30W fast wireless charging, and 10W reverse wireless charging. Third, the edge of the camera module is sealed with foam to enhance the airtightness of the phone. 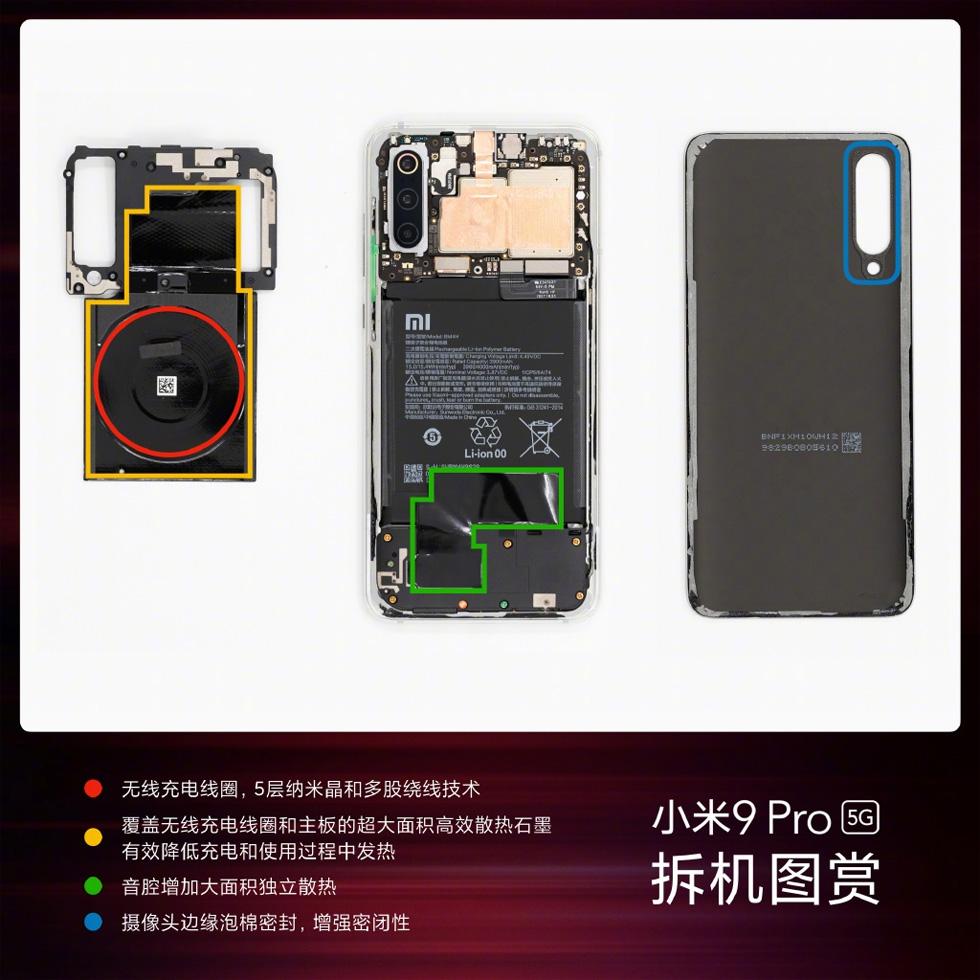 The second photo depicts the camera modules confirming the image sensors used by the device. It features a 48MP Sony IMX586 main shooter with an f/1.75 aperture and a 6-element lens, adjoined by a 16MP Sony IMX481 wide-angle camera with a 117-degree angle of view as well as a 12MP Samsung S5K3M5 telephoto shooter with a 6-element lens, f/2.2 aperture, 51 mm focal length (35 mm equivalent). 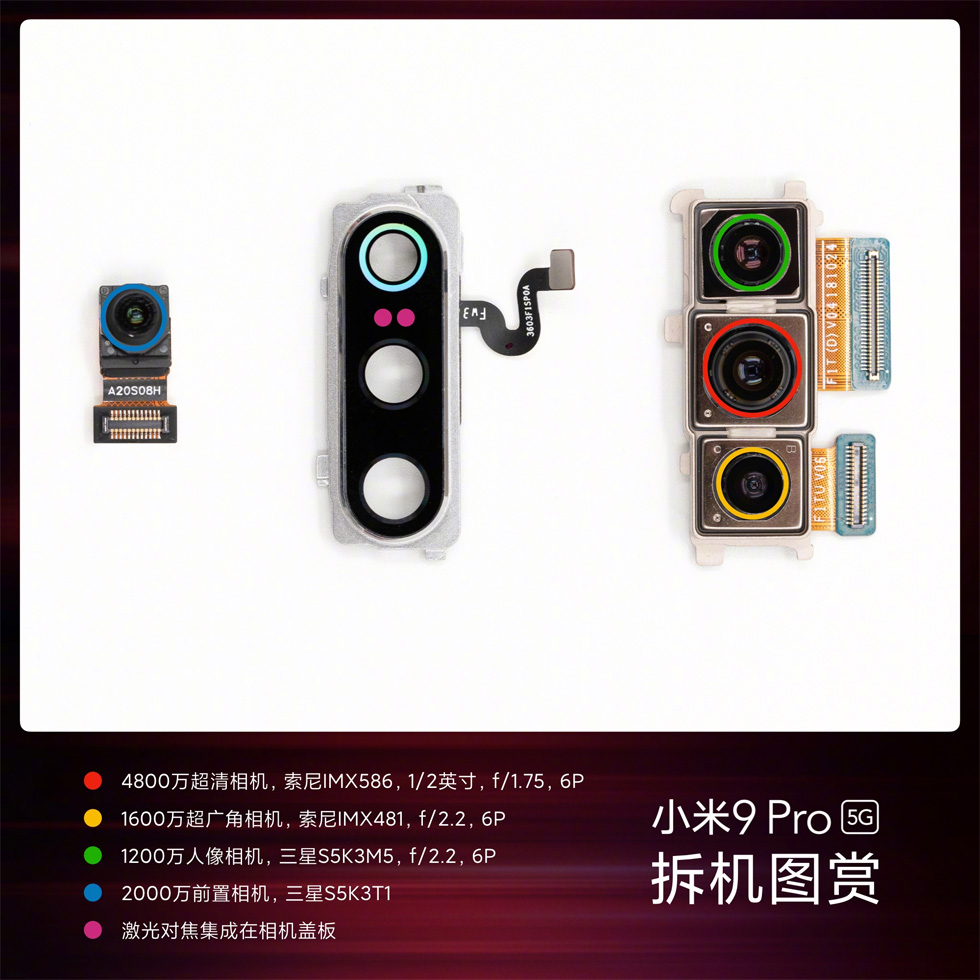 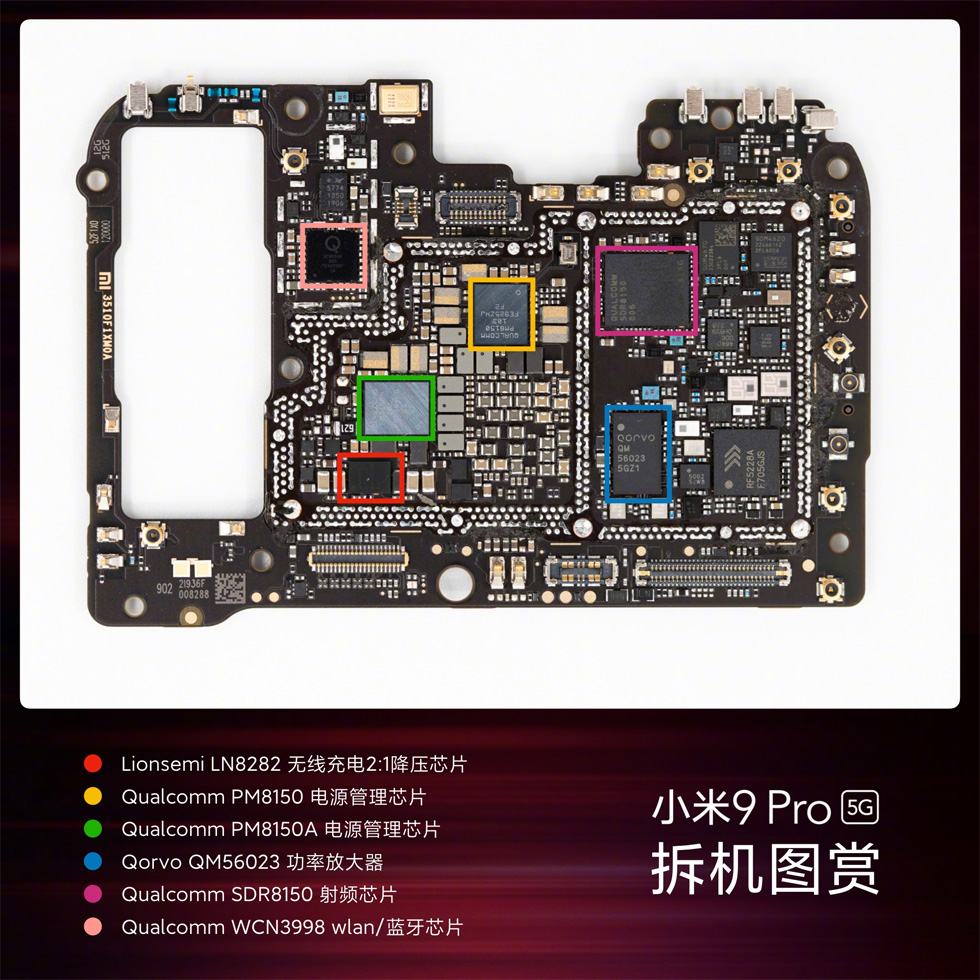 The Snapdragon 855 Plus chip and LPDDR4X memory are stacked and feature up to 512GB of large UFS2.1 flash memory with an independent audio decoder chip and fast charge management chip. 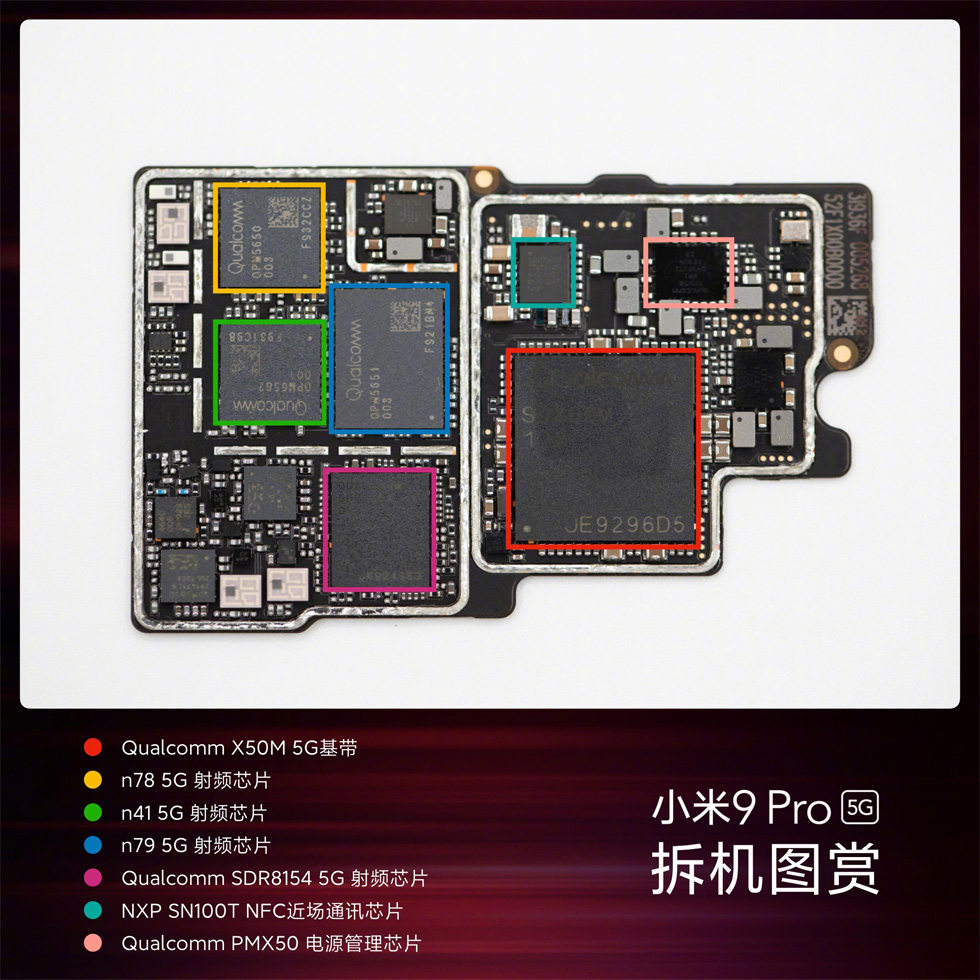 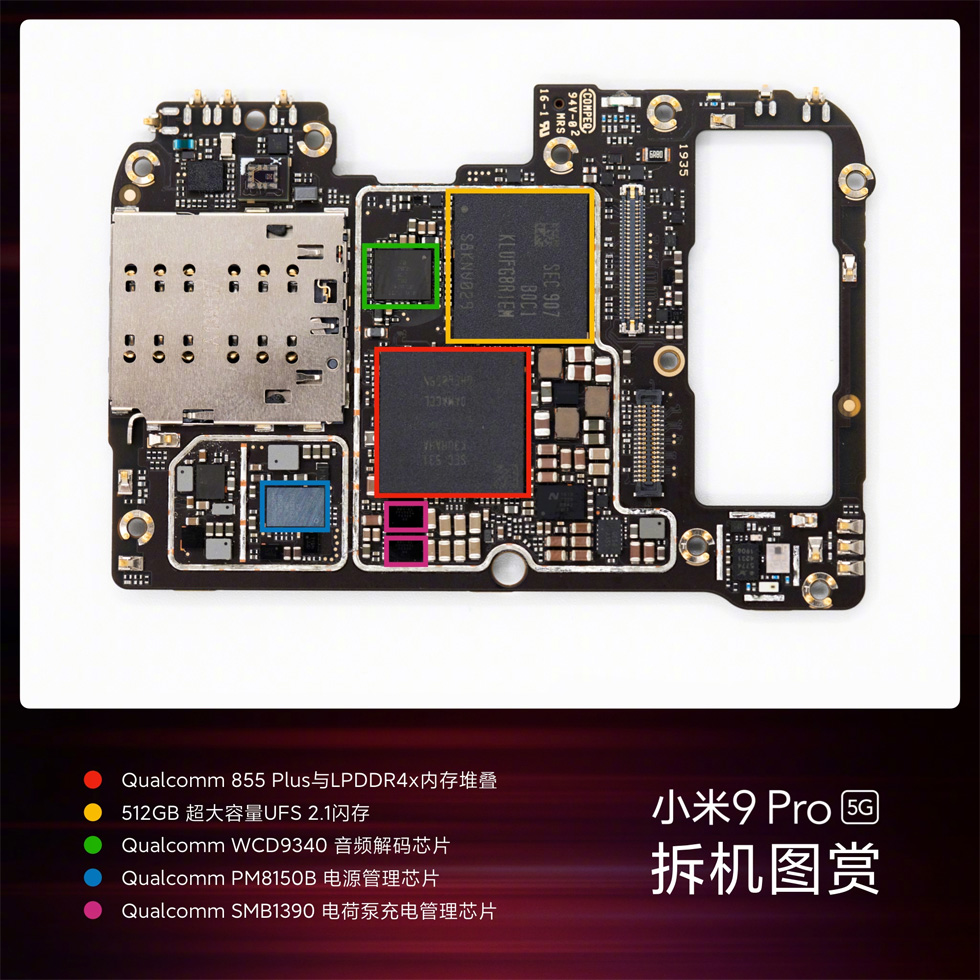 The Xiaomi 9 Pro 5G uses a 10 x 10 x 3.5mm transverse linear motor. Under the special high-voltage driver chip, it can achieve 10 ms of start-up and braking time and supports more than 100 kinds of vibration effects. 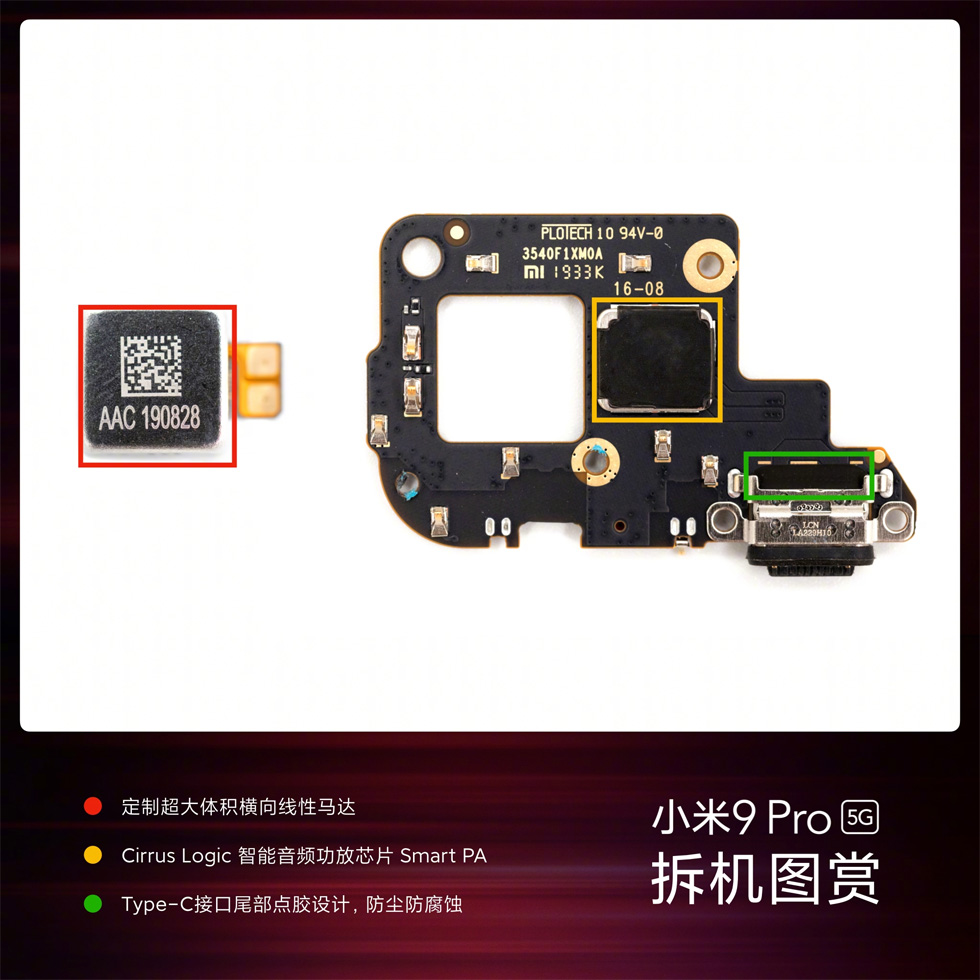 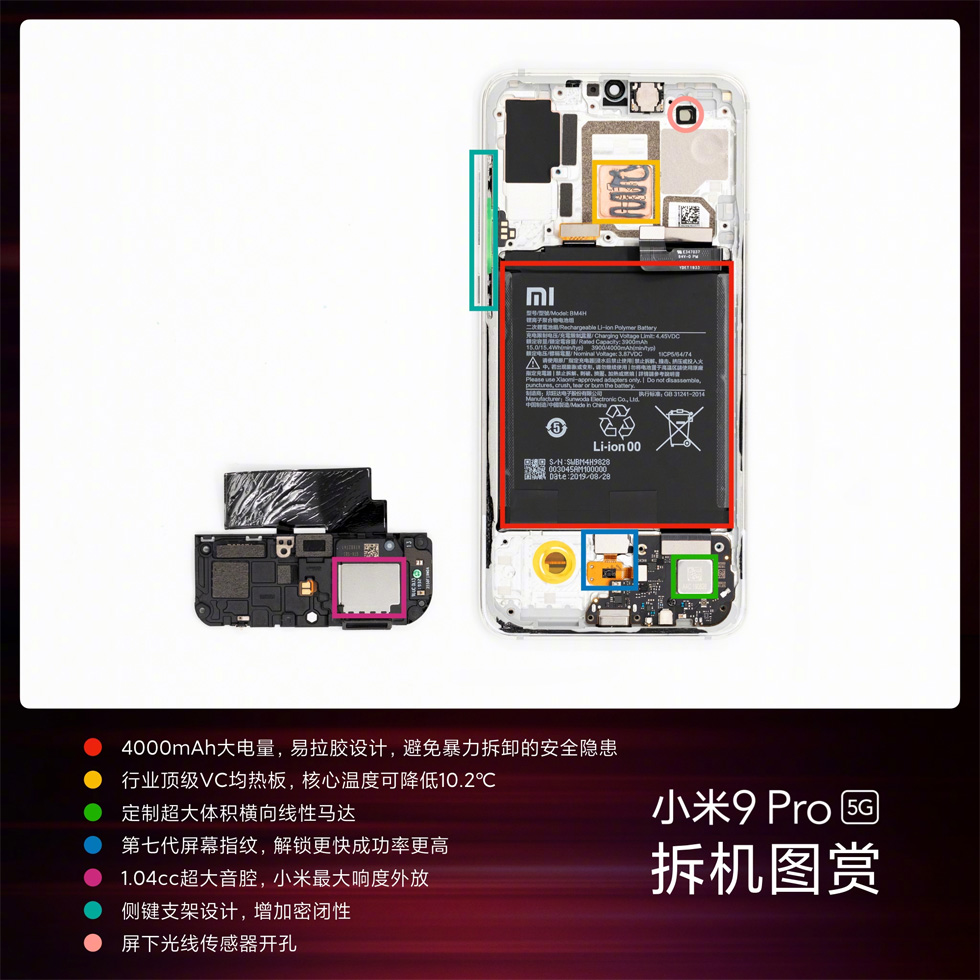 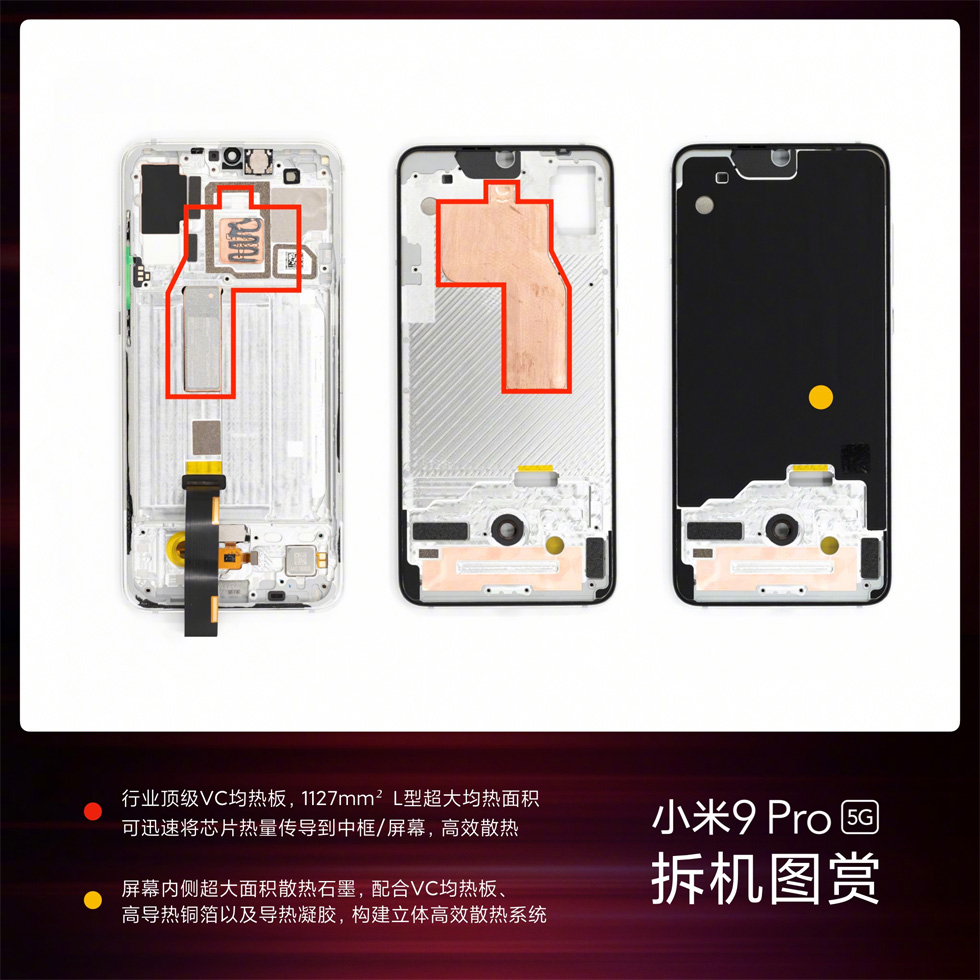 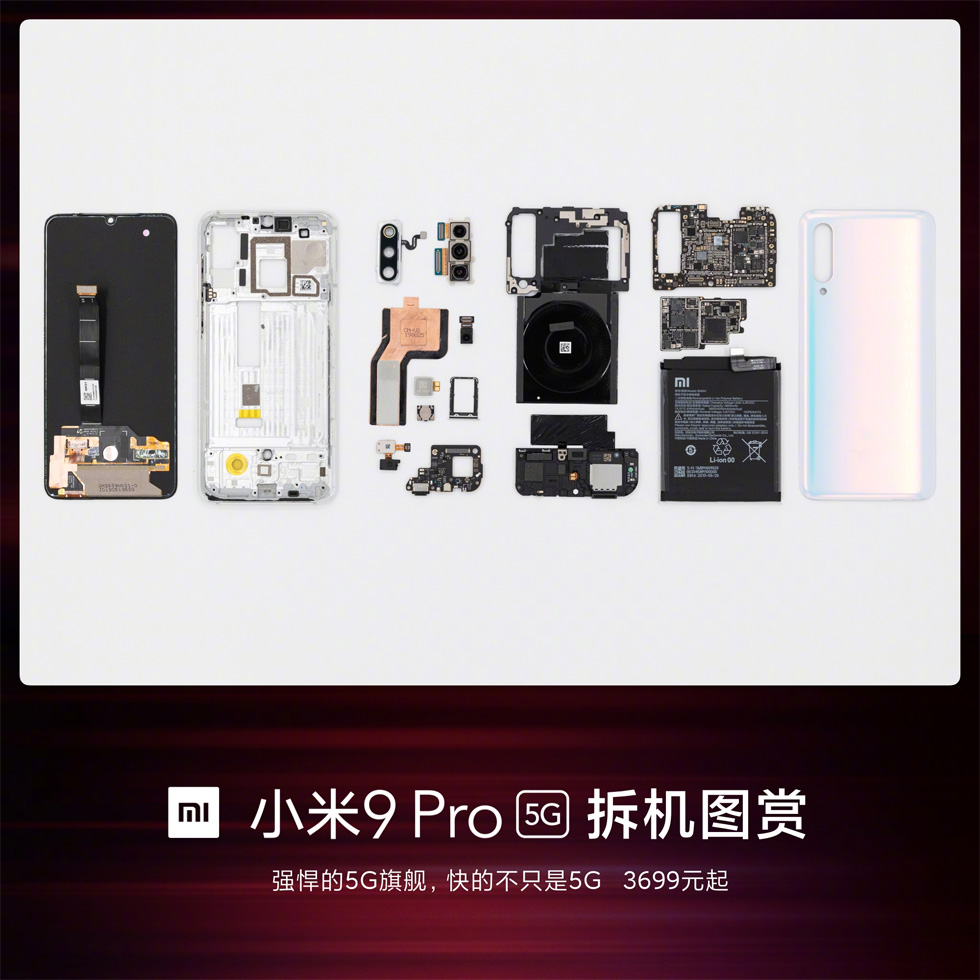