Meizu's latest high-end offering - the Meizu 16s Pro - is leaking quite often prior to its official launch on August 28th in China. After appearing in an emergal green clad, it is now spotted on AnTuTu with code name m1793. On one hand, this listing confirms that the smartphone will be based on a Snapdragon 855 Plus chipset with what seems to be the lowest RAM+storage configuration - 6GB+128GB. It also confirms the display resolution - 1080 x 2322 pixels. It is expected that this will be a 6.22-inch AMOLED unit with a UD fingerprint sensor and probably 3D curved sides. The AnTuTu score itself is quite impressive - 464411 points. For example, the OnePlus 7 Pro and Xiaomi Mi 9 which are based on Snapdragon 855 score 377551 points and 372726 points, respectively. 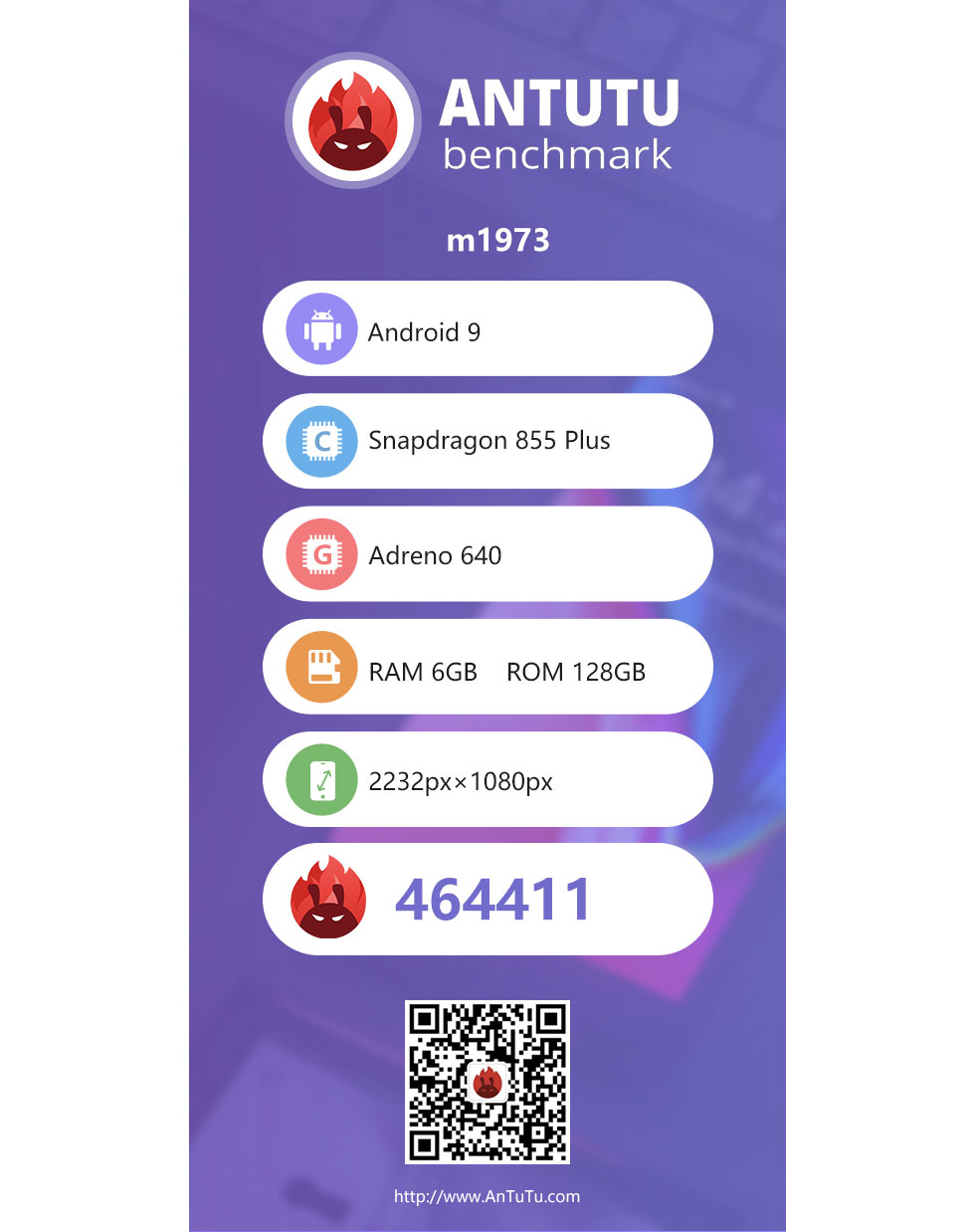 Meizu 17 Pro and Meizu 17 are official - specifications and prices

Meizu has just announced the Meizu 17 smartphone series with both models going on sale in China on May 11. The Meizu 17 Pro is built around a 6.6-inch AMOLED display from Samsung which offers up to 1100 nits peak brightness, 90Hz refresh rate, 180Hz touch sampling rate and covers 100% of the DCI-P3 color space. The display employs the CoF packaging technology for thinner profile and bezels. The smartphone is powered...

Yet another interesting smartphone will be announced on October 25th but this time it will come from Meizu - the Meizu Note 8. It won't be the first smartphone-day battle we've seen this month, so the 25th of October shapes up to become an intriguing one. The event poster is reminiscent of a National Geographic magazine cover and hints at the advanced camera capabilities of Meizu Note 8. It also unveils that the...