The Galaxy A50s is built around a 6.4-inch Infinity-U display with an FHD+ resolution (1080 x 2340). Its performance relies on an octa-core CPU with four 2.3GHz and four 1.7GHz cores. The RAM arrives in two flavours - 4GB and 6GB, so does the storage - 64GB and 128GB. The built-in memory can be expanded with up to 512 gigs. The camera department of the Galaxy A50s includes a 32MP front-facing unit with an f/2.0 aperture and a triple rear module comprising of a 48MP primary shooter with an f/2.0 aperture, a 5MP depth-sensing unit and an 8MP ultra-wide camera. 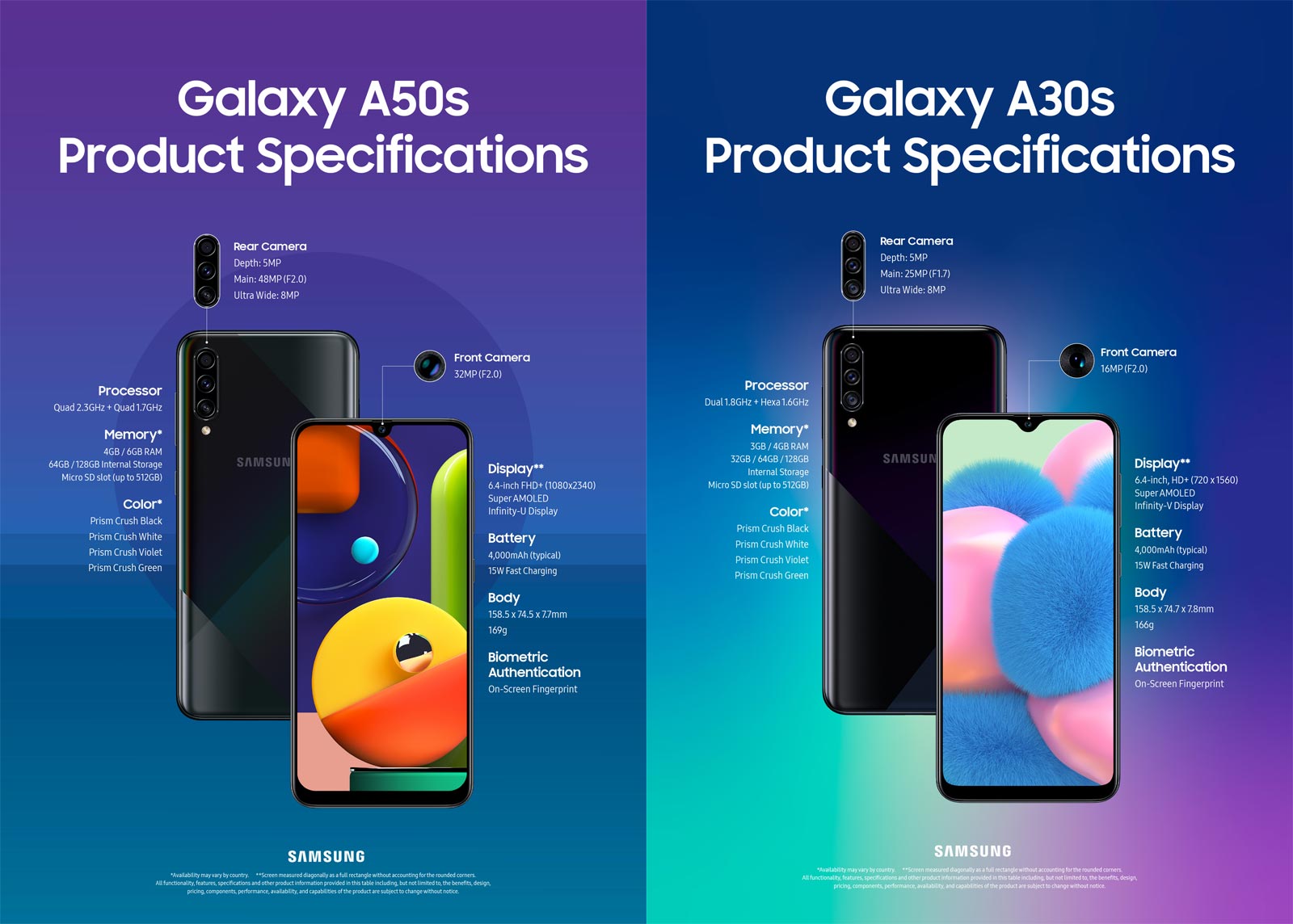