Realme X has appeared on an official poster prior to its unveiling. It confirms the pop-up module for the front camera, which is said to house a 16MP sensor. On the back, we see two shooters - the main one employs a 48MP sensor, while the second uses a 5MP sensor for depth sensing. They are accompanied by a LED flash and further towards the rear's bottom, there's the Realme logo, vertically aligned. The device will arrive in blue-purple and white gradient colours. Probably, the rear glass panel will have a special texture to create that S-like pattern that's explicitly emphasised on the poster.

It is expected that Realme X will be based on a Snapdragon 710/730 mobile platform with 6GB/8GB of RAM and 128GB of storage. Probably, other configurations will be offered as well. A 3680 mAh battery will keep the lights on and will support VOOC 3.0 fast charging. The notchless display will feature the company's latest optic AMOLED display with an in-display fingerprint sensor and DC dimming support. The device will support Dolby Atmos surround sound as well. The official unveiling is scheduled for May 15 when we also expect to see the Realme X Lite/Youth Edition. 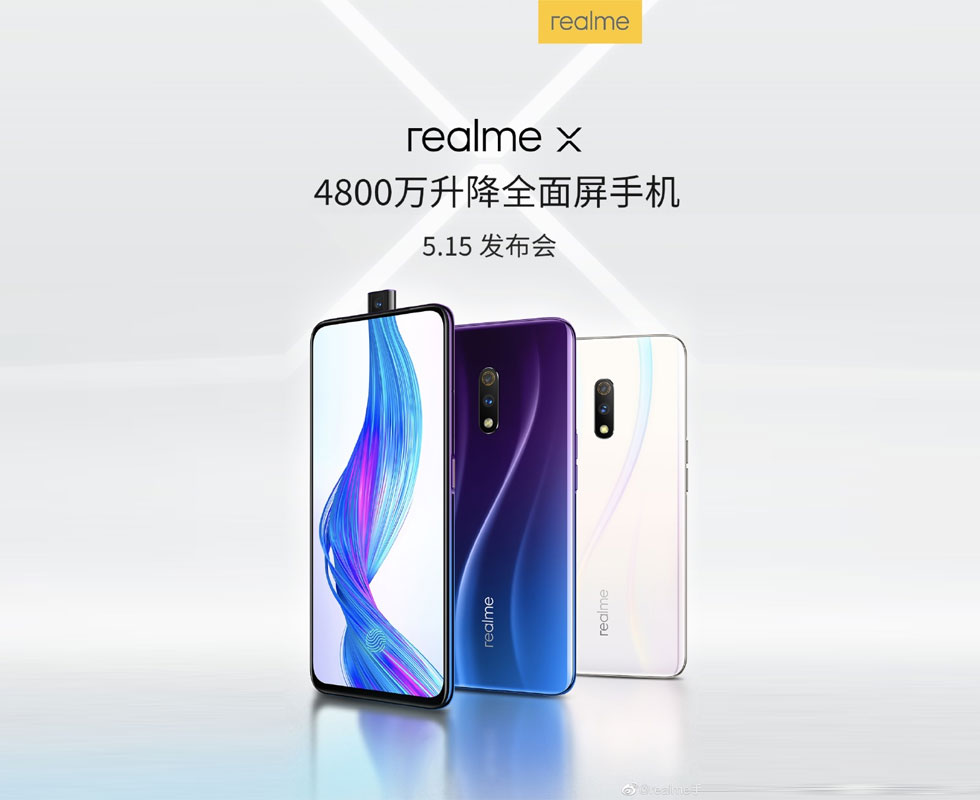 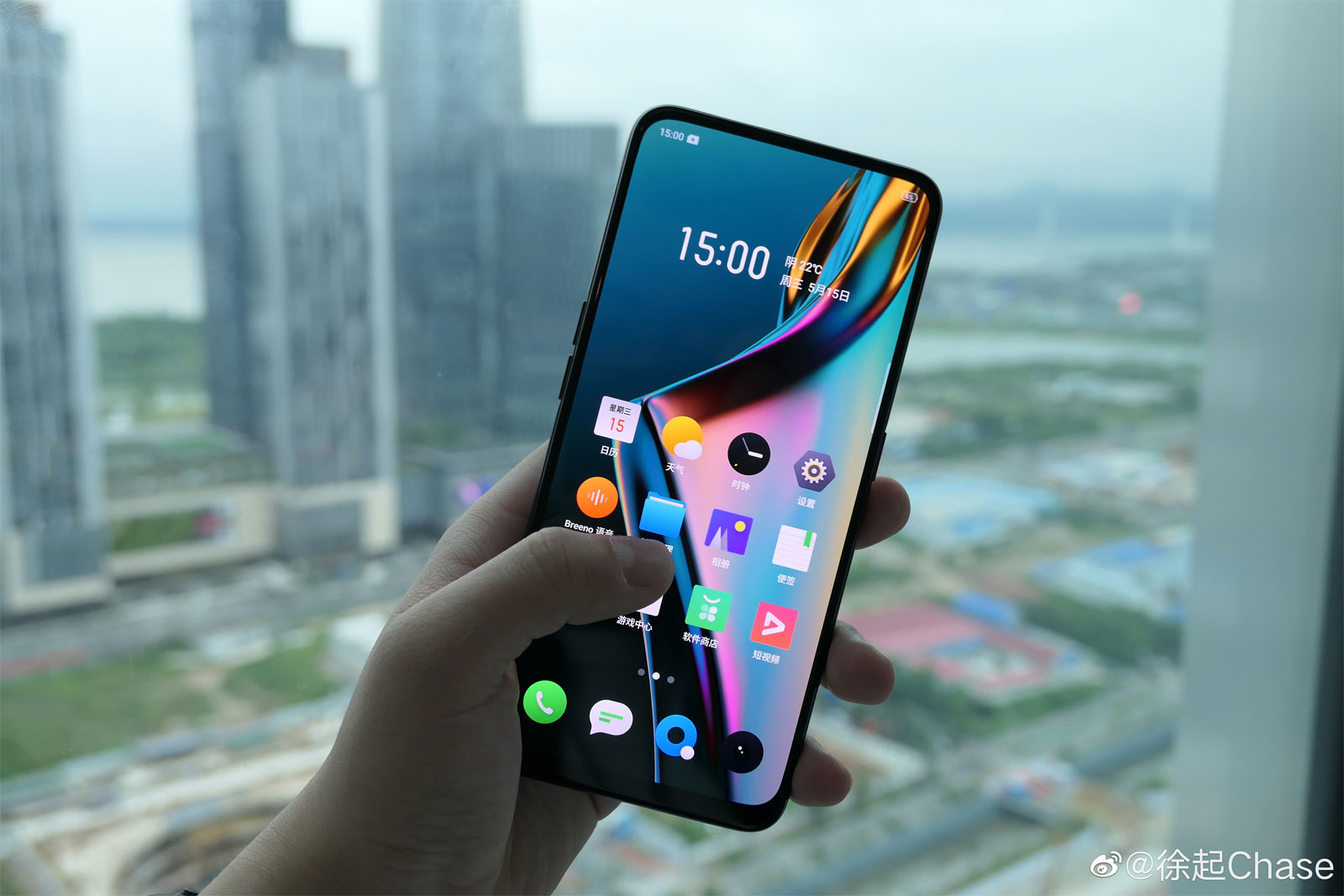