OnePlus has announced its H2 flagship for 2020. The OnePlus 8T is built around a flat 6.55-inch Fluid AMOLED display. The made-by-Samsung flexible OLED display panel supports HDR10+ and supports up to 120Hz fresh rate. The peak brightness can reach up to 1100 cd/m². The screen offers JNCD of around 0.3 - meaning it offers the best color accuracy in the smartphone market. The screen is protected by a Corning Gorilla Glass and uses a new-generation in-display fingerprint sensor. It graces an elegant slim and lightweight body with a gentle four-sided curvature on its back. The body is 8.4 mm thin and weighs only 188 grams. It is available in Aquamarine Green (glossy finish) and Lunar Silver (matte frosty finish) colors.

The OnePlus 8T is based on a Snapdragon 865 chipset with 12GB of RAM and a choice of UFS 3.1 built-in storage capacity. It arrives with a larger copper VC cooling system and has a Game Mode, created especially for increasing performance during gameplay. It supports Fortnite at 90 fps, for example. The device uses two 2250 mAh battery cells that are connected for a total capacity of 4500 mAh. It supports Warp Charge 65W - for 15 minutes it will charge the OnePlus 8T up to 60%. Despite doubling the Warp Charge speed, OnePlus has managed to create a system for protecting the battery and even created a new charging adapter that's suitable for charging other devices as well. In addition, the smartphone has dual stereo speakers with Dolby Atmos support.

The OnePlus 8T runs on OxygenOS 11 based on Android 11. The new OS has been optimized for even more comfortable one-handed usage. It also includes the cool Canvas AOD, supports Bitmoji, Zen Mode 2.0, etc. 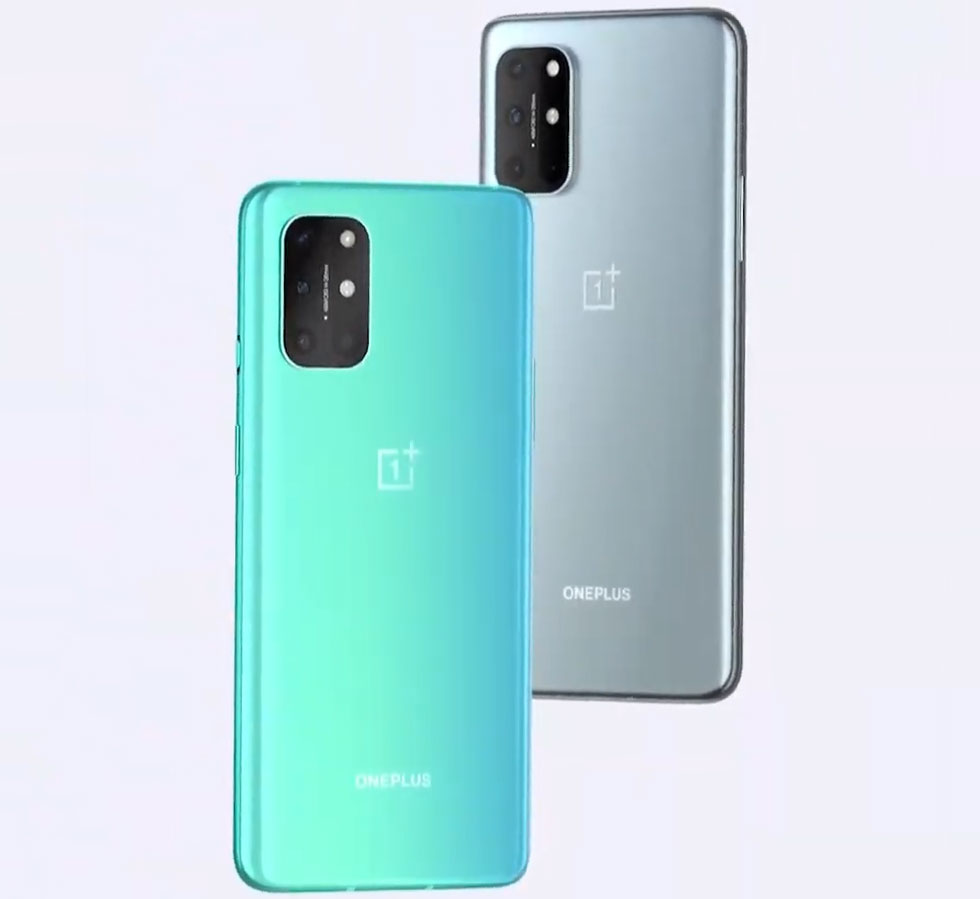